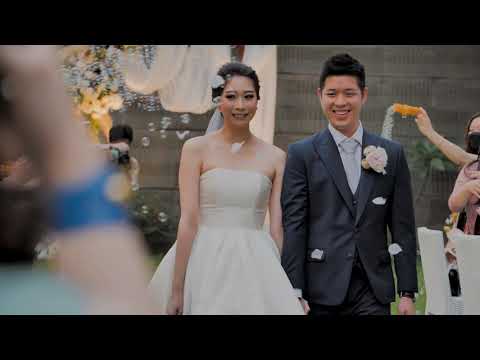 It wasn’t a high school love story for them, it was the journey after that. Who would’ve thought that a music festival was what brought them closer to each other. Fransisca was locked inside a car with Jerry asking her to be his girlfriend on their way to a Christmas night dinner. The only escape she has, was to say yes, and she did!

After more than 5 years of dating, Jerry decided to propose to his lady. It didn't went far from music too, guess what? A surprise ticket to Martin Garrix concert in Bali, and he handed a long-written notes telling Fransisca to go on a proposal ring scavenger hunt. Wow!

We know straight away how much of a full-hearted guy Jerry is. The ring was there, right under a wine glass. Romantic.

He got on his knee with shaking hands and asked his question. Of course, she wouldn’t say no to an caring guy like Jerry!

A perfectionist girl with a die hard fan of junk foods and EDM music? This couple is just too iconic to be true. Indeed, a beautiful love story starts with the most bizarre ways we could imagine.